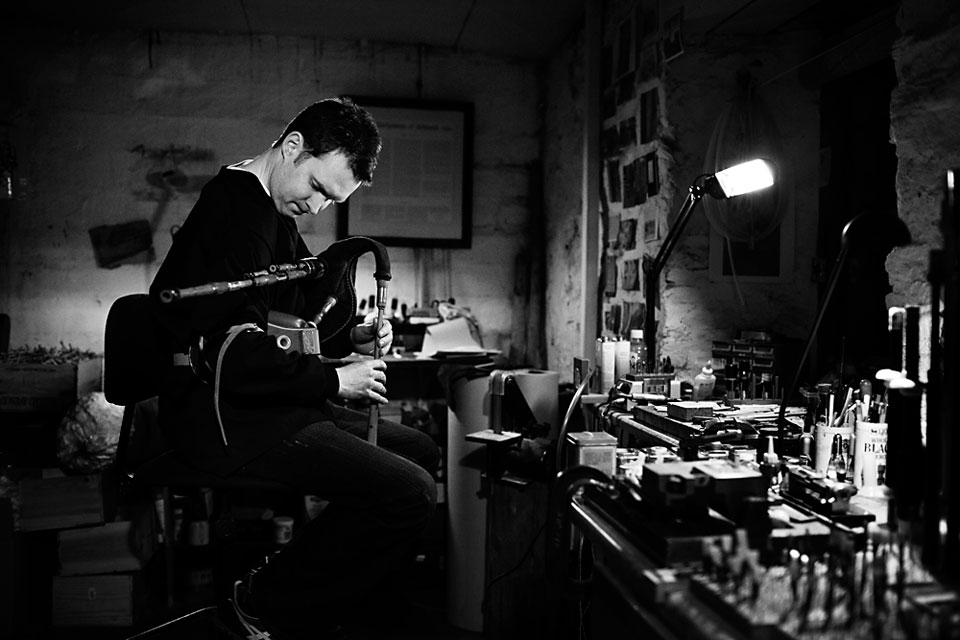 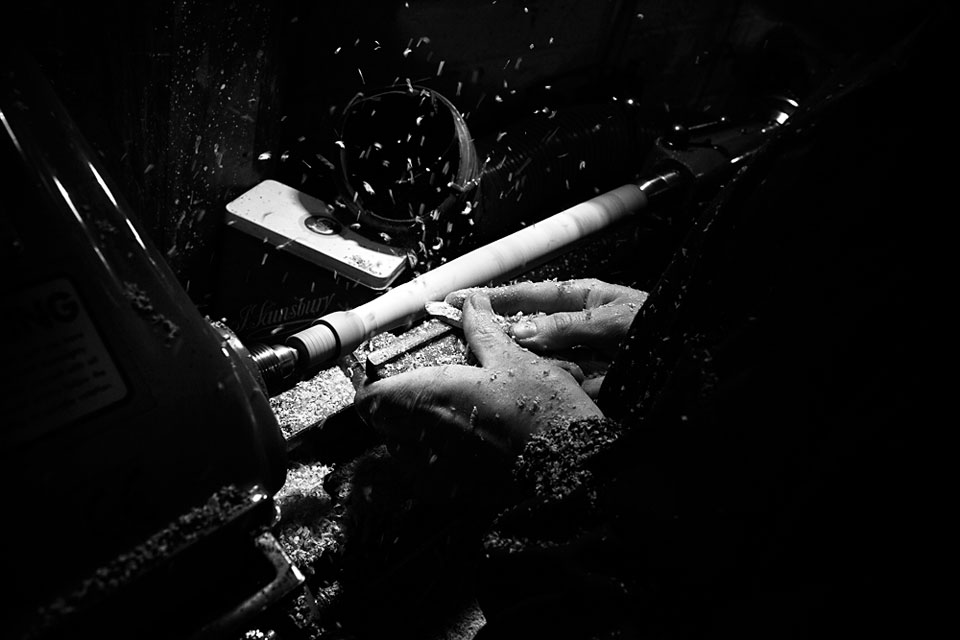 A talented pipe maker and musician, Fin Moore is a master craftsman. Together with his father Hamish, they produce some of the most coveted sets of pipes in the World. This series was photographed at their workshop in Dunkeld, Scotland in January, 2012.